About us
Home → About us

Es’hailSat, the Qatar Satellite Company, is a communications satellite operator headquartered in Doha, Qatar. Es’hailSat was established in 2010 with the goal of managing and developing Qatar’s presence in space.  The company provides independent, high-quality, advanced satellite services to broadcasters, businesses and governments in the MENA region and beyond.

With the aim to be a truly global satellite operator and services provider, Es’hailSat started the operation of its first satellite Es’hail-1 at 25.5° East in 2013 supporting key broadcasters in the region, beIN SPORTS and Al Jazeera Media Network.  Es’hail-2, the company’s second satellite was launched on November 15, 2018 and entered in commercial service early 2019 at the 26° East orbital position.

Having both Ku-band and Ka-band capacity at 25.5° East and 26° East hotspot positions enable Es’hailSat to provide the region with the most advanced and sophisticated services including broadcast, telecommunications and broadband.

Es’hailSat’s expansion plan will continue with more new satellites in prime hotspot locations, offering our customers the most flexible and reliable service.  Es’hailSat is also adopting the concept of “world-wide footprints” through partnerships with leading regional and international satellite operators around the globe. 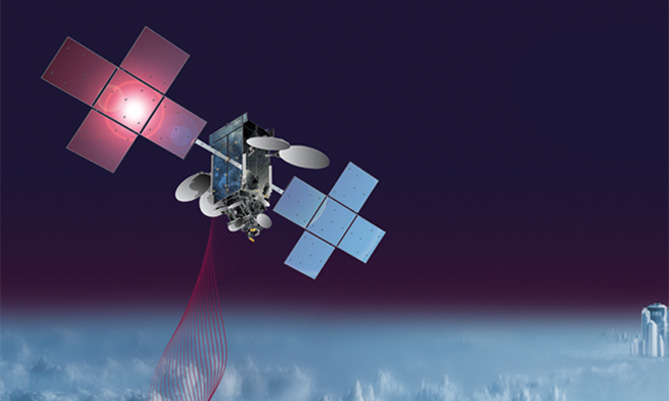 Es’hailSat, The Qatar Satellite Company was established in 2010 as an independent company to manage and develop Qatar’s presence in space.  Since the launch of Es’hail-1 - Qatar’s first satellite - in August 2013, Es’hailSat has grown to become a highly professional, key player for satellite communications in the MENA region.   And the company is currently on target to fulfill the requirements of our key national stakeholders by boosting broadband delivery, broadcasting and global connectivity.

Es’hail-1 is successfully supporting the strong demand for broadcasting services, internet services and critical data distribution in the region.  Having started service on Qatar National Day, 18th December 2013, with Al Jazeera Media Network and beIN SPORTS, we have gone from strength to strength with coverage of the 2014 FIFA World Cup and the launch of new Arabic channels such as Al Araby HD, Al Rayyan2 and Meklamleen.

Looking to the future, Es’hailSat is also expanding the network to drive growth in the years ahead. Es’hail-2 was launched in November 15, 2018. Our second high-powered, advanced satellite will provide high quality, premium DTH content and critical communications services across the Middle East and North Africa from the 26° East TV hotspot.  And we are currently consulting with our stakeholders for their expansion requirements for an additional satellite, Es’hail-3.

At Es’hailSat, we aim to bring a new dimension to Qatar’s diversifying economy by building a world-class company and center of excellence in the region.  As well as developing our satellite system in space, we are also investing in local infrastructure and talent, ensuring that we nurture and grow satellite technology for Qatar and key to providing a secure, independent communications network to meet the needs of our stakeholders, customers and citizens now and in the future.

Thank you for visiting our website. We appreciate your support and interest in Es’hailSat, The Qatar Satellite Company.

Es’hailSat aims to be a world class operator who effectively contributes to the success of Qatar's National Vision 2030  by adding a new dimension to the diversifying economy.

Building A Satellite Industry For Qatar, the story of Es’hailSat and our journey into the satellite industry.

Since its inception, Es’hailSat has placed strong emphasis on capacity building and the development of our staff.  In 2013, four engineers from Es’hailSat completed a 26-month intensive training satellite training program with Space Systems/Loral (SSL), manufacturer of our first satellite – Es’hail-1.

And we continued our knowledge-building and skills development with a similar training program for Qatari engineers during the design and manufacture of our second satellite, Es’hail-2.  Built in Japan by Mitsubishi Electric Corporation, Es’hail 2 was launched on November 15, 2018 by SpaceX from Cape Canaveral in the USA.

Additionally, we have sponsored a number of Qatari school leavers who have enrolled in engineering degrees specializing in satellite communications.  These steps are part of our program to develop a core expertise in satellite technology and develop our future leaders.  Having satellite knowledge and operational experience plays a vital role to greater self-reliance and therefore sustainability. 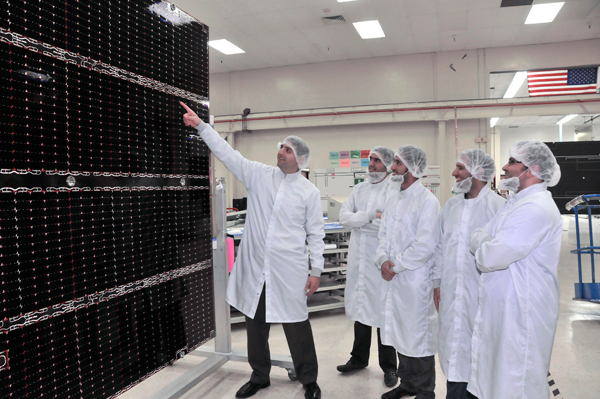 Our social responsibility focus is on educational projects that contribute to the development of a knowledge-based economy and a communications-based society.

Our aim is to raise general awareness in the field of space and satellite communications and also to promote and foster space technology development in Qatar.

Our current community educational outreach program is taking Es’hailSat Ambassadors out to a series of schools in Doha to tell the story of Qatar’s First Satellite.

Students can hear about what it takes to design, build and put a satellite into space and how important satellite networks are for everyday life. 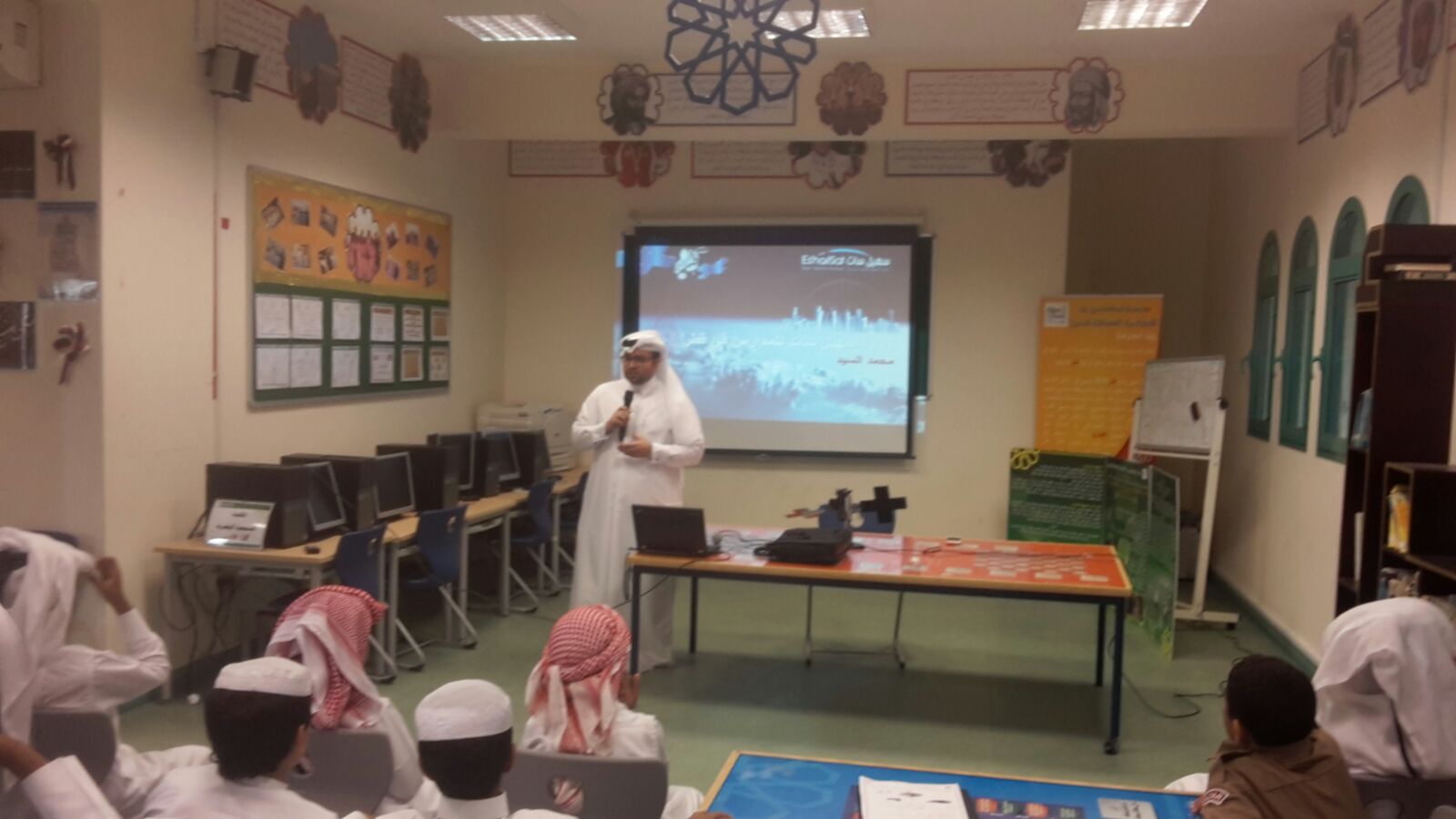