A sun outage is an interruption in Geostationary Orbit Satellite signals caused by solar radiation interference occurring when the sun is directly behind the satellite which the earth station is pointed to. The sun’s thermal noise increases the total system noise power of the earth station causing a degradation in the link performance of the downlink signal.

Sun outage is a predictable phenomenon. The actual start time, duration and degree of impact may vary depending on the conditions such as the location of the receiving earth station, size of the antenna, and characteristics of the receive signal. 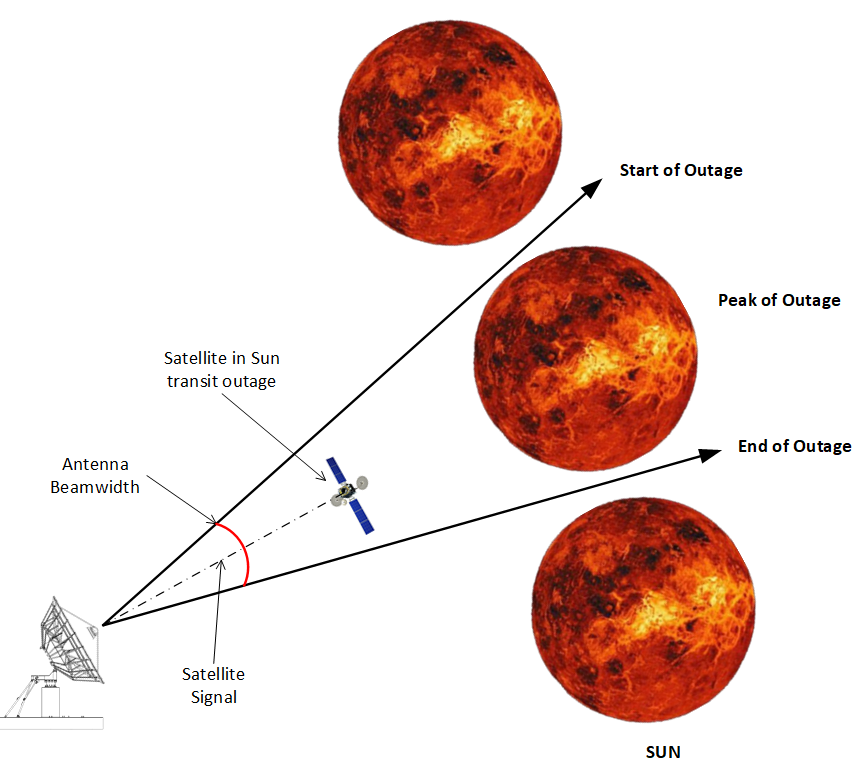 For Geostationary Orbit Satellites, the typical duration of a sun outage is a few minutes per day for a few days. Relatively, the duration tends to be longer for small antennas compared to the large ones.

Please access Sun Outage Calculator tool from our Customer Portal to calculate the predicted outages based on your satellite, antenna size and location.

Es’hail-2 is a Mitsubishi Electric Corporation satellite and it was launched on the 15th of November 2018.

Located at 25.5°E/26°E, covering the whole of the Middle East and North Africa region