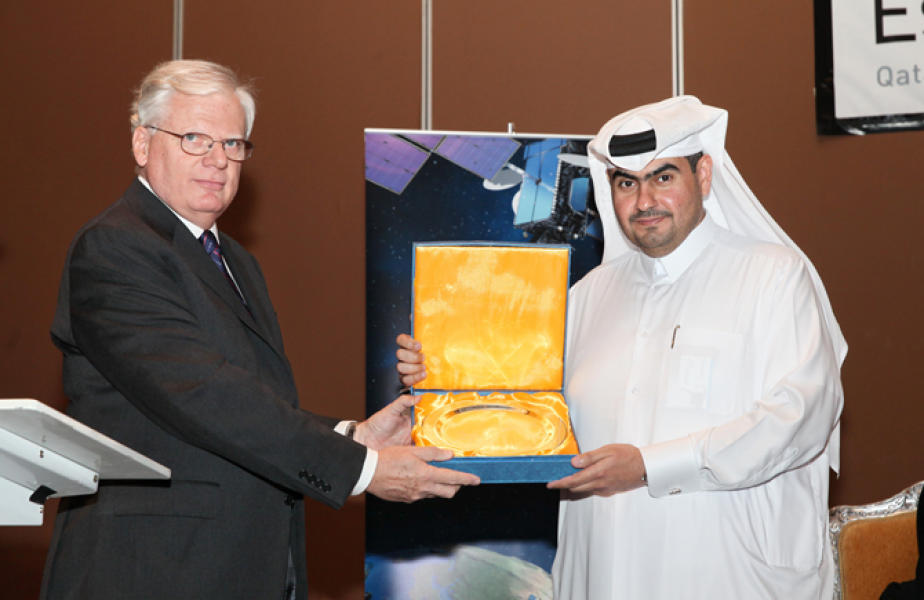 The ceremony for the 11th Awards for Excellence in Satellite Communications took place during the official luncheon hosted by The Boeing Company at the Westin Hotel.

The Awards for Excellence are based on a performance analysis of the satellite market players and assessed by a jury of industry experts from the publications Satellite Finance and Space News as well as Euroconsults’ analyst team. A number of key performance indicators and strategic initiatives are taken into account as part of the awards process.

Pacome Revillon, CEO of Euroconsult said: “The Newcomer Satellite Operator of the Year” award recognizes the company’s efforts and the hard work that led to Es’hailSat’s status as an active operator following the successful launch and beginning of commercial service of Es’hail-1, as well as the development of Es’hail-2”.

Ali Al Kuwari Chief Executive Officer of Es’hailSat said: “We are immensely grateful and proud to receive this award from our peers in the international satellite industry.  Our goal is to become a major satellite player, first in the MENA region and then potentially globally and we are well on our way to achieving this.  Es’hail-1 is currently broadcasting channel bouquets for premium broadcasters such as Al Jazeera and beIN Sports.  We have just announced the procurement contract for our next satellite, Es’hail-2, and we are working on designs for our own satellite control centre in Doha.   This is a strong foundation on which we can continue to build a world-class satellite operator and center of excellence in the MENA region”.